Eating and drinking is not allowed

AUA Language Center - Eating and drinking is not allowed 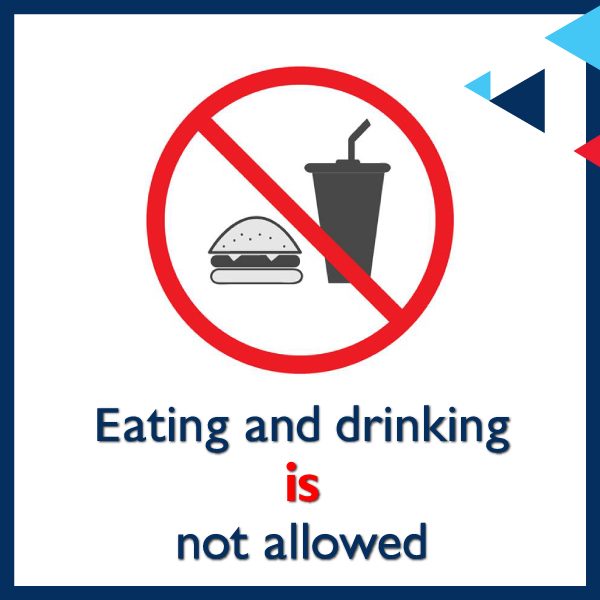 ‘Eating and drinking is not allowed’ – This expression can regularly be seen or heard by anyone riding Bangkok’s various forms of public transportation. The statement aims to notify passengers that they should refrain from either activity while onboard. Some English language students may wonder why the conjugated verb form of ‘are’ is not applied here in a sentence with two subjects in gerund form: ‘eating’ and ‘drinking.’ This exception also frequently appears on English exams.

Actually, the sentence ‘Eating and drinking are not allowed’ also looks grammatically fine. The only slight difference is that the use of ‘is’ conveys the notion of both actions as a single idea, while the version using ‘are’ signifies that the actions are separated. In the case of the sentence with ‘is’, both nouns or noun phrases are recognized as a pair of things, activities, or subjects that usually come together.

For English language beginners, it is suggested not to attempt creating new sentences with this pattern too soon. Observing how others use this first is the best way to avoid mistakes.