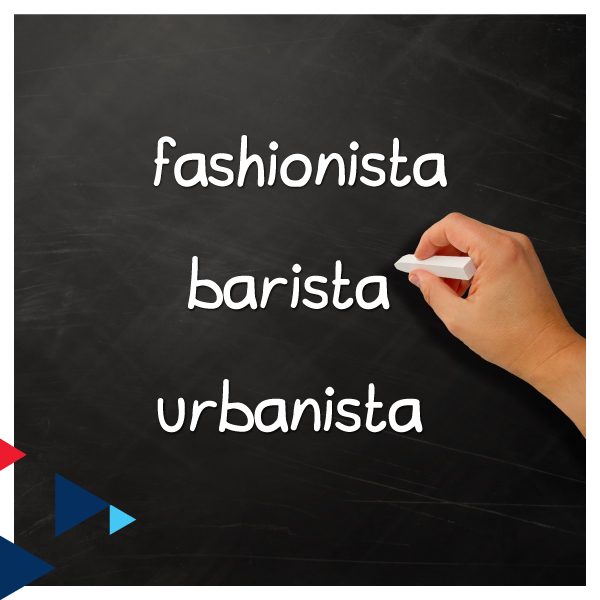 “-Ista’ is a suffix that means an advocate/a follower of a belief, or a specialist of a certain discipline. One of the most frequently used words with ‘-ista’ is ‘barista’, which Italians use to call a barman, and later means a professional coffee maker.

‘Sandinista’(a member of Sandinista National Liberation Front, a socialist political party in Nicaragua), ‘Zapatista’(a supporter of a Mexican agrarian revolutionary force), ‘Guardianista’(an enthusiasts of The Guardian, a British newspaper) and ‘Clintonista’ (an admirer of President Clinton has his family) are sometimes seen among political news media.

There is an assumption that the increasing use of this suffix borrowed from Spanish (and some other Romance languages, such as Italian) shows the growing influence of Spanish language in the USA.