AUA Language Center - Phrases with UNDER 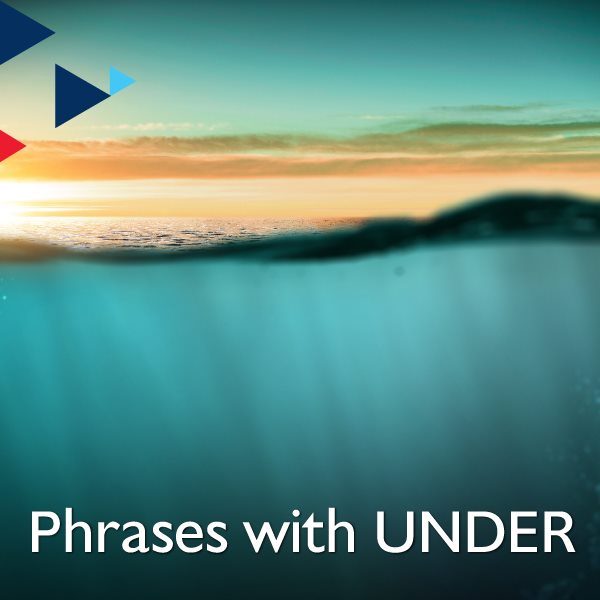 Phrases with UNDER – ‘Under’ is a common preposition used to indicate the below position, It is also widely found in many expressions with extended meaning. Here are three examples: ‘under the baton’, ‘under the hammer’ and ‘under the spotlight’ – from the worlds of music, auctions and theatre respectively.

Under the baton – ‘Baton’, from the French, is the stick used by the conductor of an orchestra or a choir to direct the performers. The phrase ‘under the baton of’ is often found in concert programs to introduce the name of the conductor. ‘Baton’ can also mean the stick of runners in a relay race, or the club used by policemen. Here are three expressions with the word ‘baton’, connected to the notion of responsibility: ‘hand over the baton’, ‘pass the baton’ and ‘pick up the baton’.

Under the hammer – The phrase comes from auction sales, where the auctioneer bangs a hammer on his desk to signal his acceptance of the highest bid. Meaning being for sale or sold at auction, the phrase usually appears as the expression ‘to come/go under the hammer’.